A Stunfest without Frisbee is like a poutine without grizzly!
Come challenge Keikun « the green dragon » in this SS-Tier tournament on Windjammers endowed by our friends from DOTEMU.
This mythical game for the Neo-Geo, recently out on PS4, drives a community and an esport world tour supported by Dotemu: the Flying Power League. 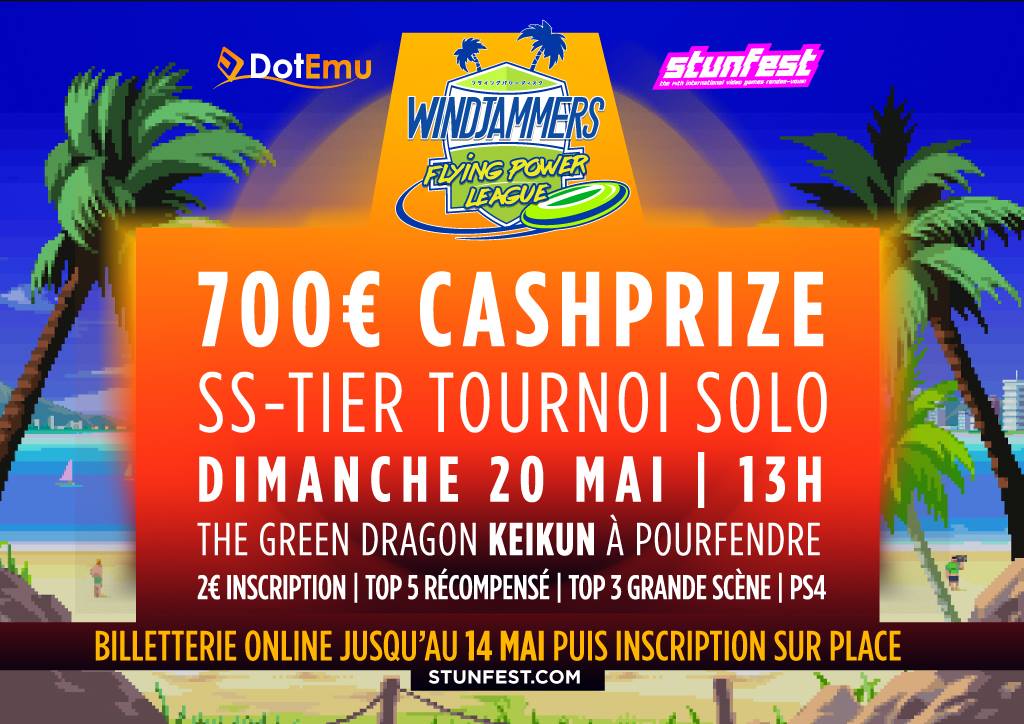 The Stunfest hosted the Discmania back in 2016, right before the « next-gen » release of the game. Today, the competitive scene has organised itself and the best players
will compete in a tournament where 700€ will be shared between top4 finishers. Double-elmination, Super Spin, Hype and finals on the big scene are on the agenda.
So what are waiting for ???