Insert Coin ! Degica and M2 will be at the Stunfest ! 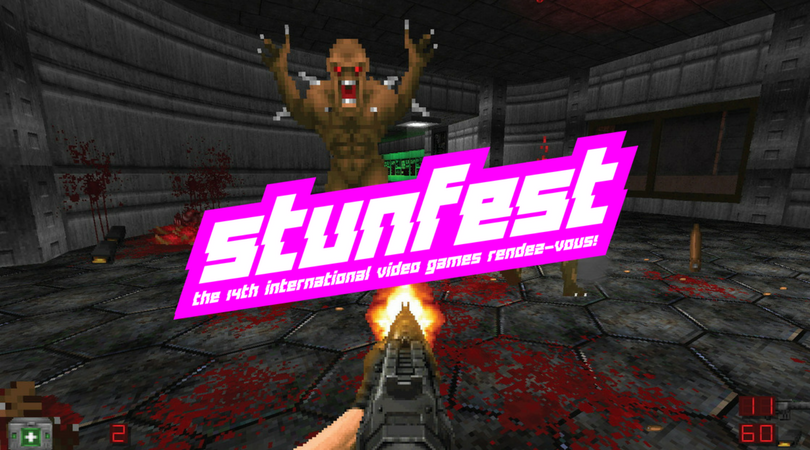 The Stunfest does not limit itself to the Liberté. With the partnership of Dimanche à Rennes, it will also take over the Dojo of the Cité Internationale Paul Ricoeur (next to the Esplanade Charles de Gaulle) on Saturday and Sunday May 19th and 20th.

From 10 a.m. to 7 p.m., come and try the free access workshops and discoveries.

There will be two main workshops:

The « Mod Gaming » Workshop, organised by David Bagel, offers you an introduction to the more technical side of the game but with the incomparable creative and customising potential of Modding!

The workshop is open to the neophytes as much as to the hackers having already experimented the subject. It will be using the MS-DOS games emulation, initially developed for Microsoft computers, on the DOSBox emulator. You will be given the opportunity to work and customise episodes from sagas such as Doom, Mass Effect, Terraria or Skyrim! A non-exhaustive list of these future playgrounds is proposed to you on the Facebook event of the workshop.

Want to replace Wolfenstein’s enemies with pictures of your boss? Add a K-Pop soundtrack to Fallout 3? Registrations are open on May, Saturday 19th or Sunday 20th. Come and give free rein to your talent!

In the same space will be held a Chiptune composition workshop on the mythical Game Boy, proposed by The Other Days.

Don’t you know about Chiptune? This is the opportunity to discover and experience it, composing your own soundtracks and pieces on Nintendo’s portable console! No prior skills are required during these 2 hours of free workshop, only your presence (upon registration), and your own headphones. The rest of the equipment is generously provided by The Other Days! Please note that resources and places are limited, so remember to register online: http://theotherdays.net/l/stun2018

More experiences, experimentation and discoveries will be happening at the Dojo throughout this Stunfest weekend. Come and enjoy them and expect the cream of the crop for free!